This is what happens when some church leaders misuse certain verses that were intended for a specific time, place, or situation. A pastor in New York decided to apply literally Paul’s advice that “I do not allow a woman to teach.” The result? A little old lady, age 81, was fired from teaching Sunday School after 54 years of faithful service, as reported by ABC News: Teacher Fired for Being Female. Unfortunately that pastor had not read the explanation of the verse by the Biblical Research Institute of the General Conference. 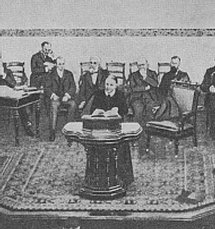 By the way, Ellen White was a woman and a co-founder and influential leader of the Seventh-day Adventist Church. She preached regularly at churches, camp meetings, and General Conference Sessions. She asserted authority to preach in the pulpit: “I … ask not permission to take the desk in the tabernacle. I take it as my rightful position accorded me of God.” (EGW Manuscript 30, June 1889) There were numerous female pastors in Mrs. White’s era, at least as early as 1872. Proportionately, there were far more women pastors in the Adventist Church in her day, than today. It is time to honor her heritage and support women in ministry.

For an interesting study of women as preachers in the early Advent movement, see “‘Your Daughters Shall Prophesy’: James White, Uriah Smith, and the ‘Triumphant Vindication of the Right of the Sisters’ to Preach,” Andrews University Seminary Studies, Vol. 43, No. 1, 41-58 (Spring 2005), by Professors Beverly Beem and Ginger Hanks Harwood.