The Seventh-day Adventist Church has provided scriptural answers to common questions about ordination. The answers are faithfully based on the Bible and corroborated by the Spirit of Prophecy:

What is the purpose of ordination?

The ministerial staff of the La Sierra University Church shows the importance of rightly dividing the Word of God. The presentation from March 14, 2015, begins with a dramatic reading of Scripture, followed by cogent observations from lead pastor Christi Oberg. Should men and women be equal most of the time (except in ministry)? Or does God ordain men and women equally? Watch this video to find out as Chris Oberg explains.

The General Conference Biblical Research Institute is concerned about the strident contentions, accusations, and ad hominem arguments seen in the discussion about women’s ordination (and it appears to us that these tactics are frequently used by the anti-WO camp). Their modus operandi is to attack the messenger. “The BRI is quite concerned about some fallouts of the current debate…. We have the impression that the discussion is no longer on a biblical-theological and factual level but that individuals and groups are being heavily criticized and condemned by others.” END_OF_DOCUMENT_TOKEN_TO_BE_REPLACED

Dr. Martin Weber, with four decades of experience in Adventist ministry, discusses women in leadership–a logical and theological mandate. His hope is that the church will quit being in a state of denial about women in ministry. Originally featured in Adventist Today, his prayer is that the delegates to the GC Session will resolve this issue both logically and theologically. END_OF_DOCUMENT_TOKEN_TO_BE_REPLACED 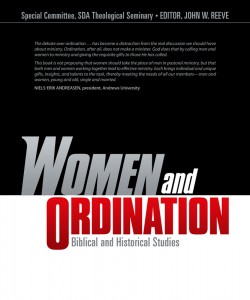 Hot off the press, this new book from the Pacific Press of the Seventh-day Adventist Church explains the biblical basis for women in ministry, including ordination of women pastors. Get your copy of Women and Ordination today from the Adventist Book Center. END_OF_DOCUMENT_TOKEN_TO_BE_REPLACED

Is women’s ordination a theological issue, or an organizational and ecclesiastical issue? We ran across a blog that explains the semantics behind the upcoming General Conference vote in San Antonio, and we found it very informative: Exposé: It’s Not Theology, It’s Politics. In 1990 the world church of the General Conference approved of commissioning women pastors. They have been serving the same role and performing the same functions as “ordained” ministers for the past 25 years. Why do they bear a different label? Why call males “ordained” and females “commissioned”? Why play a game of semantics? It’s a fascinating explanation by a former critic of WO. What did this opponent of women’s ordination discover, which changed her mind? 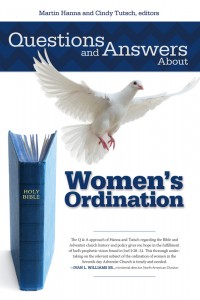 If you are interested in sincerely and deeply studying the issue of ordaining female pastors, you will want to read Questions and Answers About Women’s Ordination edited by Dr. Martin Hanna and Dr. Cindy Tutsch. This book of 160 pages was published by the SDA Pacific Press in September of 2014. Topics include hermeneutics, Old Testament and Testament precedents, and insights from the Spirit of Prophecy and church history. The first chapter is available as a free download on the ABC website. END_OF_DOCUMENT_TOKEN_TO_BE_REPLACED

Ellen White was a founder of the Adventist Church. She was a messenger of the Lord. And an influential leader. And yes, she was a woman. At the General Conference Session in 1887, “Ellen White’s name was among those voted to receive papers of the ordained ministers.” (Ellen G. White: The Lonely Years: 1876-1891, p. 377). Ellen White held ministerial credentials by 1871. (There were numerous female pastors in Mrs. White’s era, as early as 1872.)

Ellen White received the salary of an ordained minister starting in 1881. She received ordination certificates as an Ordained Minister in 1883 and other years such as 1887, 1899, 1909, 1913. She was listed as an ordained minister in the General Conference Yearbook starting in 1884. She made many positive statements affirming women in ministry. “There are women who should labor in the gospel ministry,” she said. (Manuscript 43a, 1898). In this video you will hear insights from Adventist leaders and scholars regarding EGW and women’s ordination. Her writings and her ministry undergird their support of women’s ordination.

The General Conference Biblical Research Institute has noted that opponent of women’s ordination are claiming that “it opens the way to the acceptance of a homosexual lifestyle by the Adventist Church.” But the GC BRI explains: “The two issues are not related to each other and should be kept separate.” The BRI stays: “While the Bible clearly forbids homosexual activity, it does not … forbid ordination of women.” The BRI further explains that the “wrong reasons used by some should not prevent us to do the right thing for right reasons.” END_OF_DOCUMENT_TOKEN_TO_BE_REPLACED 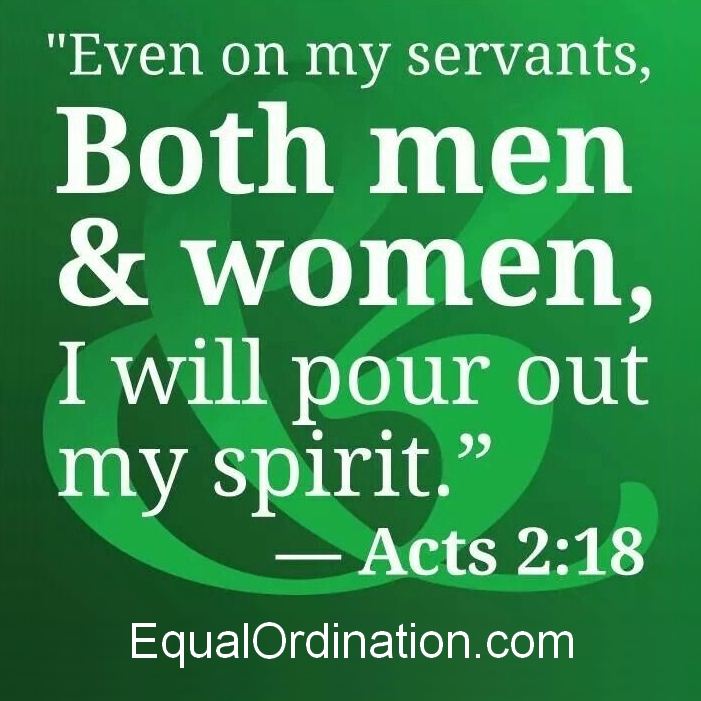